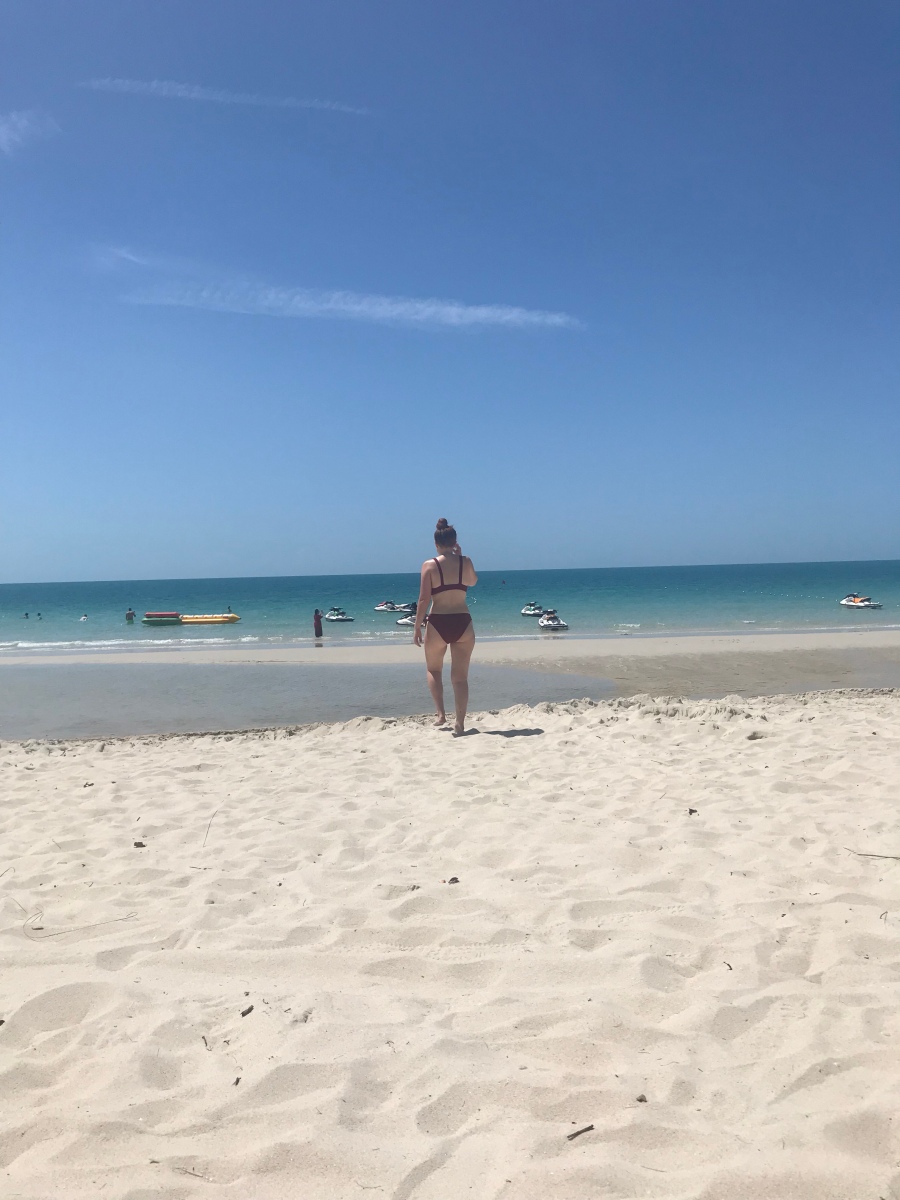 Before I set off traveling earlier this year, I had in mind that I wanted to write about the hard truth of what travelling really looks like. Not the perfectly edited photos of people watching sunsets that we see on social media. But, the real, tiring, somewhat dangerous adventures you go on when on your ‘journey’. 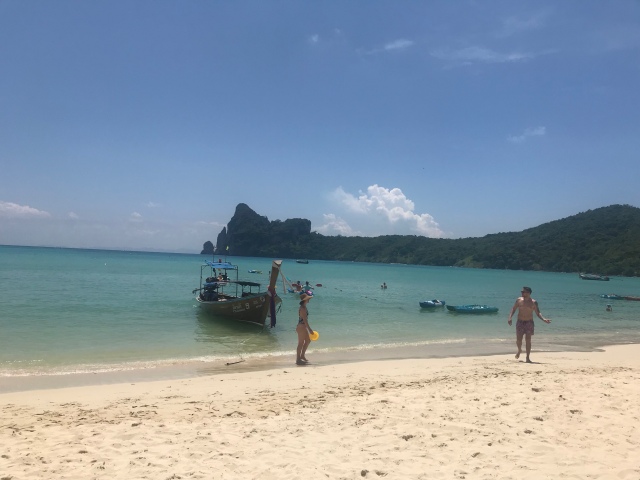 Take for example the picture of the beach above. That photo alone is something that will make most people want to go travelling and see the world. Yes, it is breath taking and stunning. However, the journey to Phi Phi, was a complete oxymoron.

After me and my friend embarked on 5 heavy nights of drinking in Koh Phangan, we had a 5:30am wake up to go to Phi Phi island.

The journey got off to a some what perfect start, we got a taxi and a boat. In all honesty, I could not tell anyone where that boat had actually taken us. One thing I tried to do whilst travelling, is to tell myself that everything was going to be ok, instead of panicking.

After the boat we knew we had to get on a bus. We didn’t know which bus. There was around ten coaches parked at the port. A Thai person quickly signalled to us which bus we should be on, and having no reason not to trust (or to trust) this person, we got on the bus.

To cut a stressful, mostly boring story short, the coach dropped us off in the middle of a street and the company had basically conned us.

We were told to go to a tourist company down the street, who would take us to our next boat. However, when the woman saw two young, vulnerable girls walk in, she had a different idea.

She told us that we had missed our connecting transport and would have to pay the original price again. And, seeing as though we didn’t even have the slightest idea where we were, we paid the money. 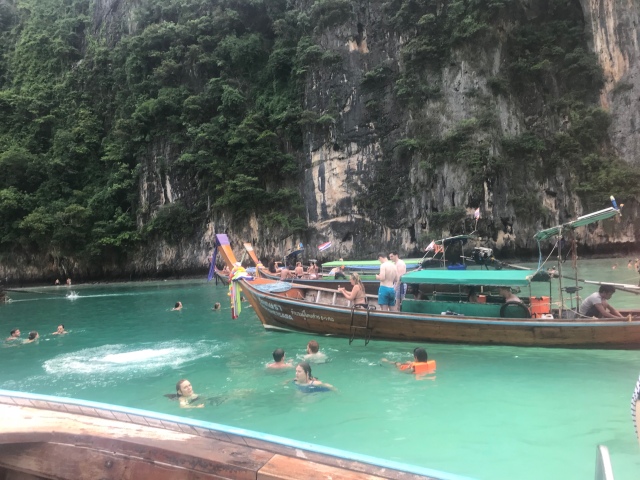 We arrived at Phi Phi after 13 hours of travelling. It is tiring, it isn’t a 5 star journey and no plan ever seems to stick to the correct timings.

One part of travelling northern Thailand is going from Chiang Mai to Pai. The only way to get to Pai is by going on a 3 hour mini bus.

I was extremely glad I wasn’t hungover that day, because it would be near enough impossible to sleep through that. (You can even see a sign for people being sick in the video!)

One of the worst travelling stories I have is going from Ninh Binh to Hoi an in Vietnam. Now, it’s only one of the worst because at this point I was running out of time to see everything I wanted too.

Around 6pm I got on a night bus at Ninh Binh. I always did night buses as I meant you didn’t lose a day and when you’re traveling, you get used to not having much sleep anyway. 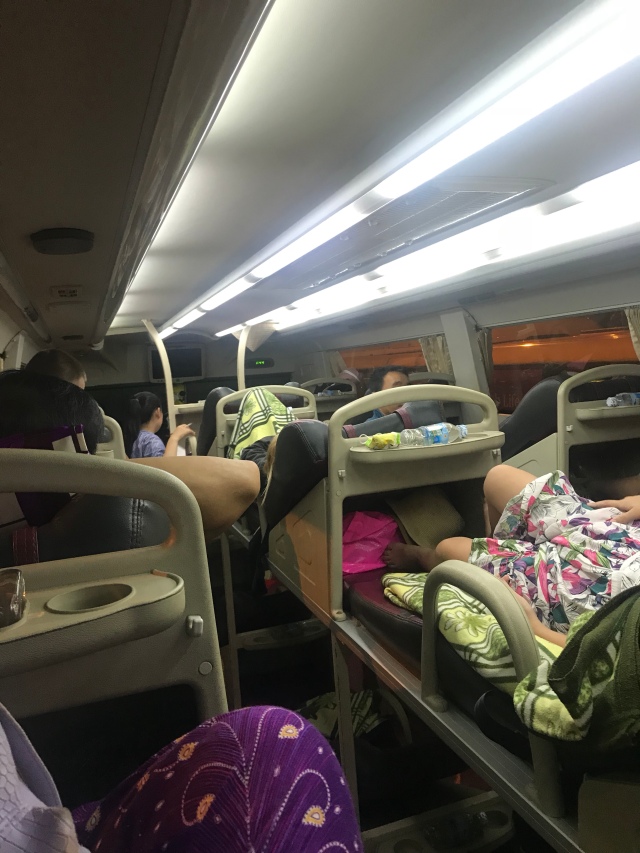 A night bus is something I had never seen before, and something that’s probably not legal in the UK. On the bus, you sleep on bunk beds that are so small, that I could only just lay down in them. (I’m 5 foot 2.)

Around two hours into the journey, we were taken off the bus. Now, imagine being taken off a bus onto a highway in Vietnam and having to sit in the road for around 3-4 hours in the middle of the night.

It was not ideal. I was very lucky that most of this bus was English speaking, as the bus I’d been on before, was literally all Vietnamese and I was the only foreigner.

Now, this is one of the weirdest situations I have been in. We sat in the middle of the road for hours, to then get back on this bus. We drove till 9am the next morning and then stopped again for two hours as the bus was “broke”.

I’m not sure if the word broke doesn’t translate correctly to Vietnamese, but it was very confusing.

I’ve saved the BEST till last. About 4 days into travelling, me and my friend wanted to go from Koh Tao to Koh Samui. We booked a boat, which would take around one and a half hours.

However, that night we were woken up to the biggest storm I have ever seen. If you took one step outside, you would be drenched in less than a second.

We woke, discussing how we would never be able to leave the island with weather like this and wondered when we would be able to go. 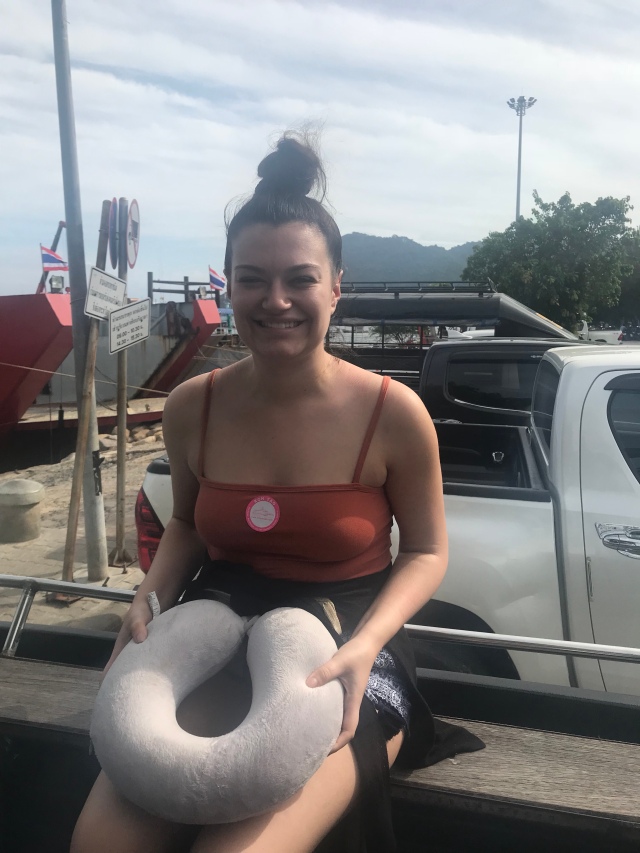 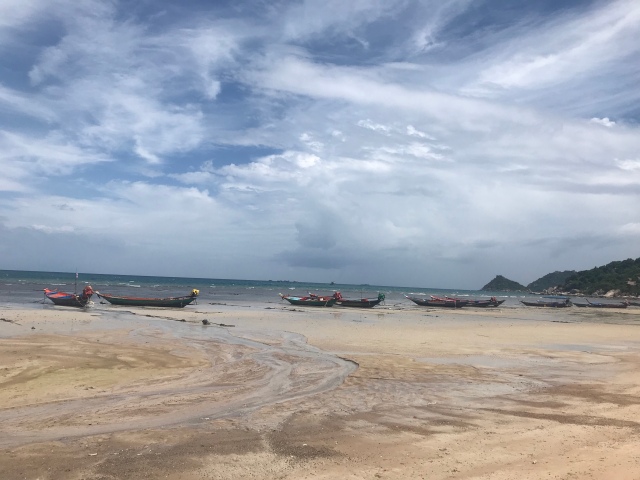 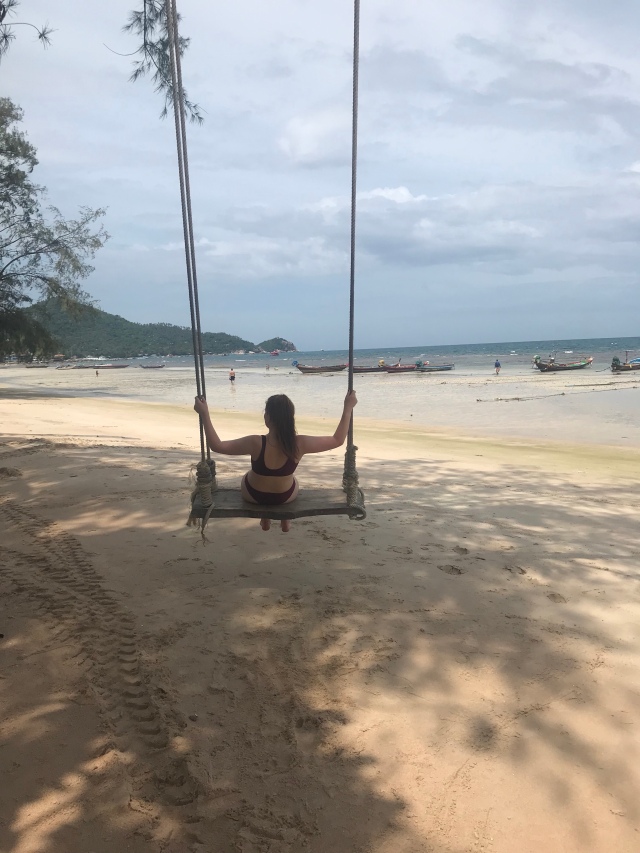 But, Thai people do things a lot different to us. We were allowed to go on the boat. No one even blinked an eyelid about the weather. It must have been normal.

Fast forward and we are on the boat. Crowds of people soaking wet, cold from the rain and dreading the journey ahead.

I have never in my life felt so unsafe. The storm meant the waves were going over the top of the boat. How that boat did not sink or capsize, I do not know. In fact, I would go as far as to stay, it was a miracle it didn’t.

It wouldn’t be fair to say I suffer from sea sickness. But I was so ill on this boat, that I couldn’t even move my head to speak to my friend, who was sat right next to me.

There were people to my side, behind me and to the front of me all throwing up from the aggressive waves. I have never been happier to see land.

So, there you have it. Have I put you off travelling? Don’t worry. Really, it’s just character building.

Swimming with the whale sharks 🦈 ☀️
How’s my 22nd birthday gone? Well...I’ve chipped my front tooth, cut all the bottom of my foot by standing in what I imagine was glass, I have a massive lump on my forehead and now a stupid volcano has decided to erupt meaning I’m not off to travel the Philippines tomorrow. I may say, I’ve had better days. 10 points to whoever can guess what I’m holding in my hand
Turning 22 at midnight with the girls who constantly carry me through life 💜💜💜
Christmas with my loves 💜
It’s anna, with a H.
Bridget Jones and the dinno skets x
Graduating in 30 degrees with bad hay fever was an experience 😅 Trent- you’ve been the best 3 years of my life, today was the perfect way to end it. I’ll forever miss this part of my life 💜 Nobby over and out ✌🏽
Ballin‘ 💫
Finally finished my degree! Peace out Trent, it’s been a blast ✌🏽
Time to love myself again and say bye to all the shitty people I’ve allowed into my life 👋 👋

Swimming with the whale sharks 🦈 ☀️
How’s my 22nd birthday gone? Well...I’ve chipped my front tooth, cut all the bottom of my foot by standing in what I imagine was glass, I have a massive lump on my forehead and now a stupid volcano has decided to erupt meaning I’m not off to travel the Philippines tomorrow. I may say, I’ve had better days. 10 points to whoever can guess what I’m holding in my hand
Turning 22 at midnight with the girls who constantly carry me through life 💜💜💜
Christmas with my loves 💜
It’s anna, with a H.
%d bloggers like this: